A presentation on “The Netherlands – A Natural Partner in the Belt and Road Initiative”, co-organized by the Maritime Silk Road Society (MSRS) and Consulate General of the Kingdom of the Netherlands in Hong Kong and Macao, and supported by the Dutch Chamber of Commerce in Hong Kong, was held today (17 November).

The speaker was Ms Annemieke Ruigrok, Consul General of the Kingdom of the Netherlands in Hong Kong and Macao. In her presentation, Ms Ruigrok introduced the latest developments of the Netherlands and elaborated on the country’s role in the Belt and Road Initiative.

“Hong Kong has always played a significant role as a gateway for Dutch companies interested in the Mainland market. We can work with global partners, including Dutch companies, to open up the huge markets covered by the Belt and Road Initiative,” she added.

The seminar was held at HKUST Business School Central and was attended by around 100 guests, including representatives from the international and local business communities. 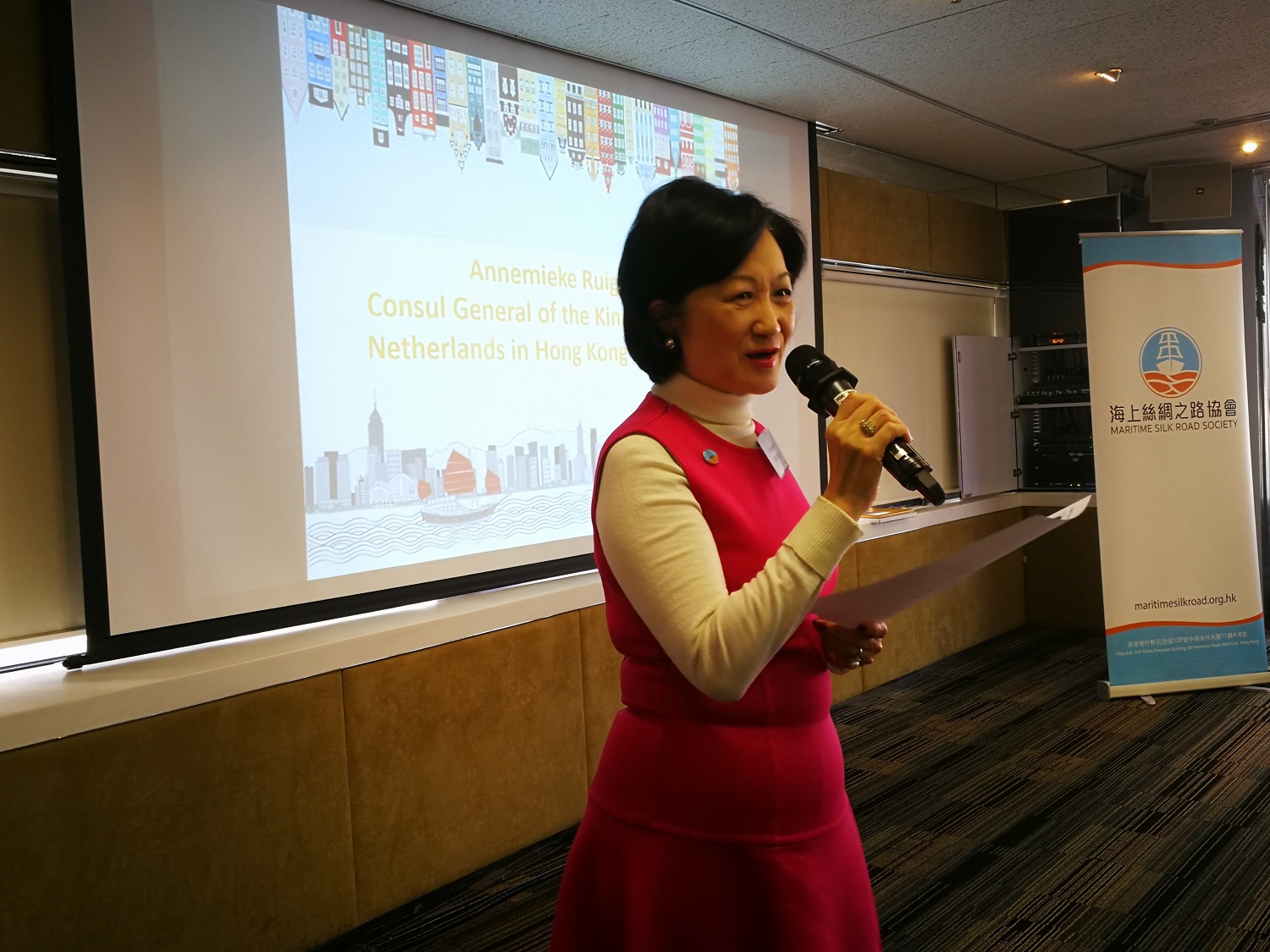 2. Mrs Regina Ip presenting Certificate of Appreciation to Ms Annemieke Ruigrok, Consul General of the Kingdom of the Netherlands in Hong Kong and Macao. 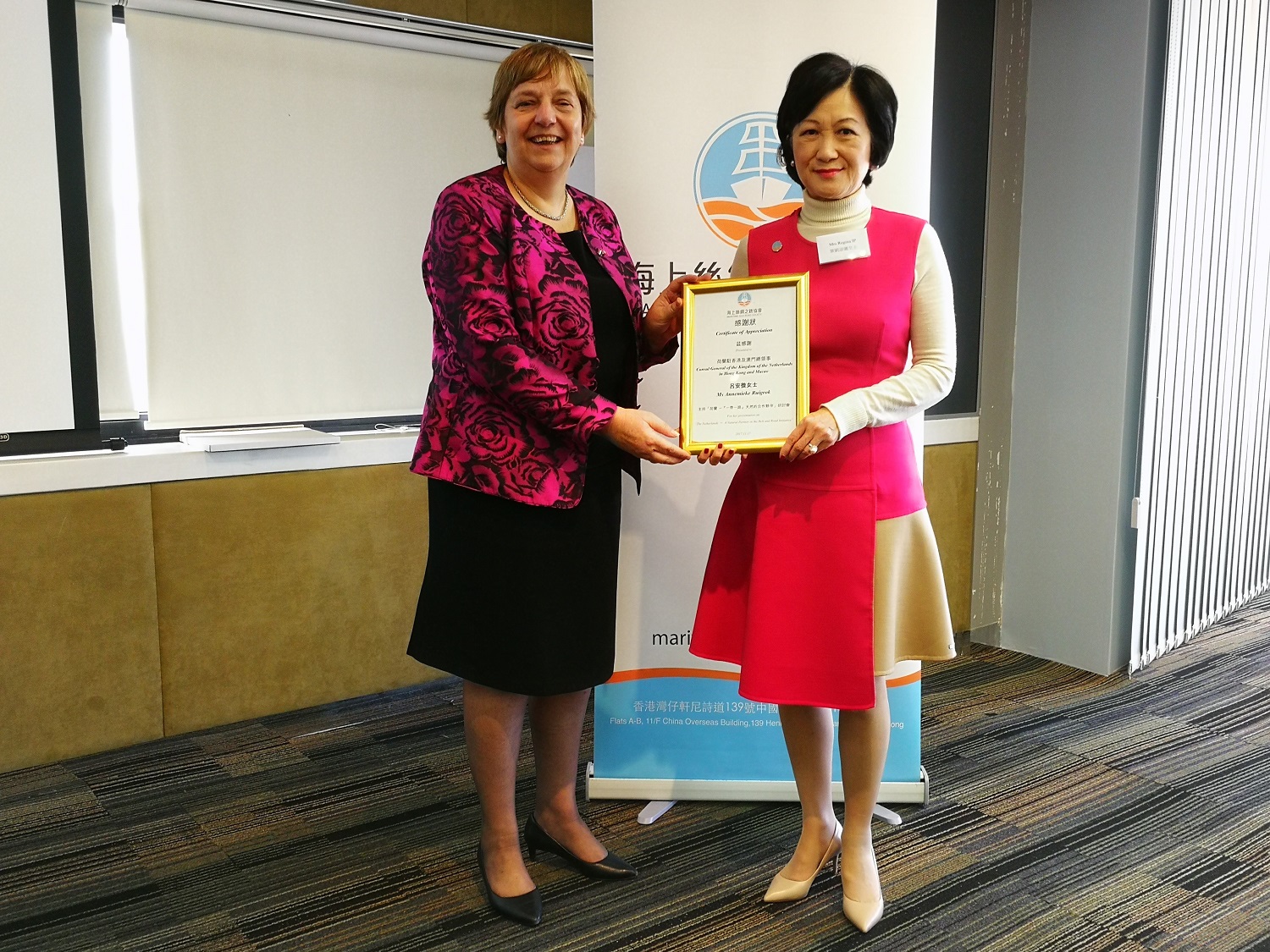 3. Mrs Regina Ip pictured with representatives of the co-organizer and the support organization. 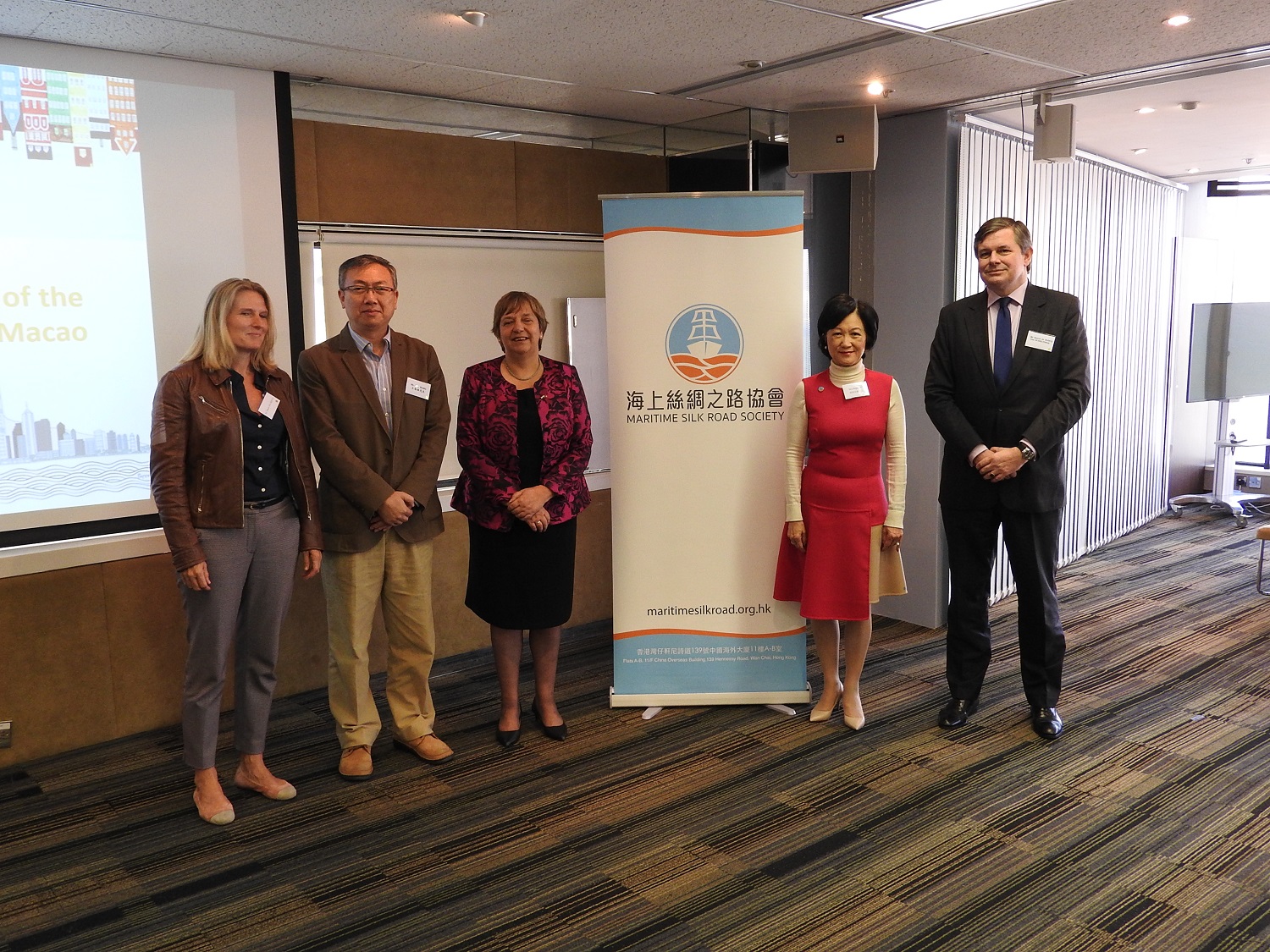 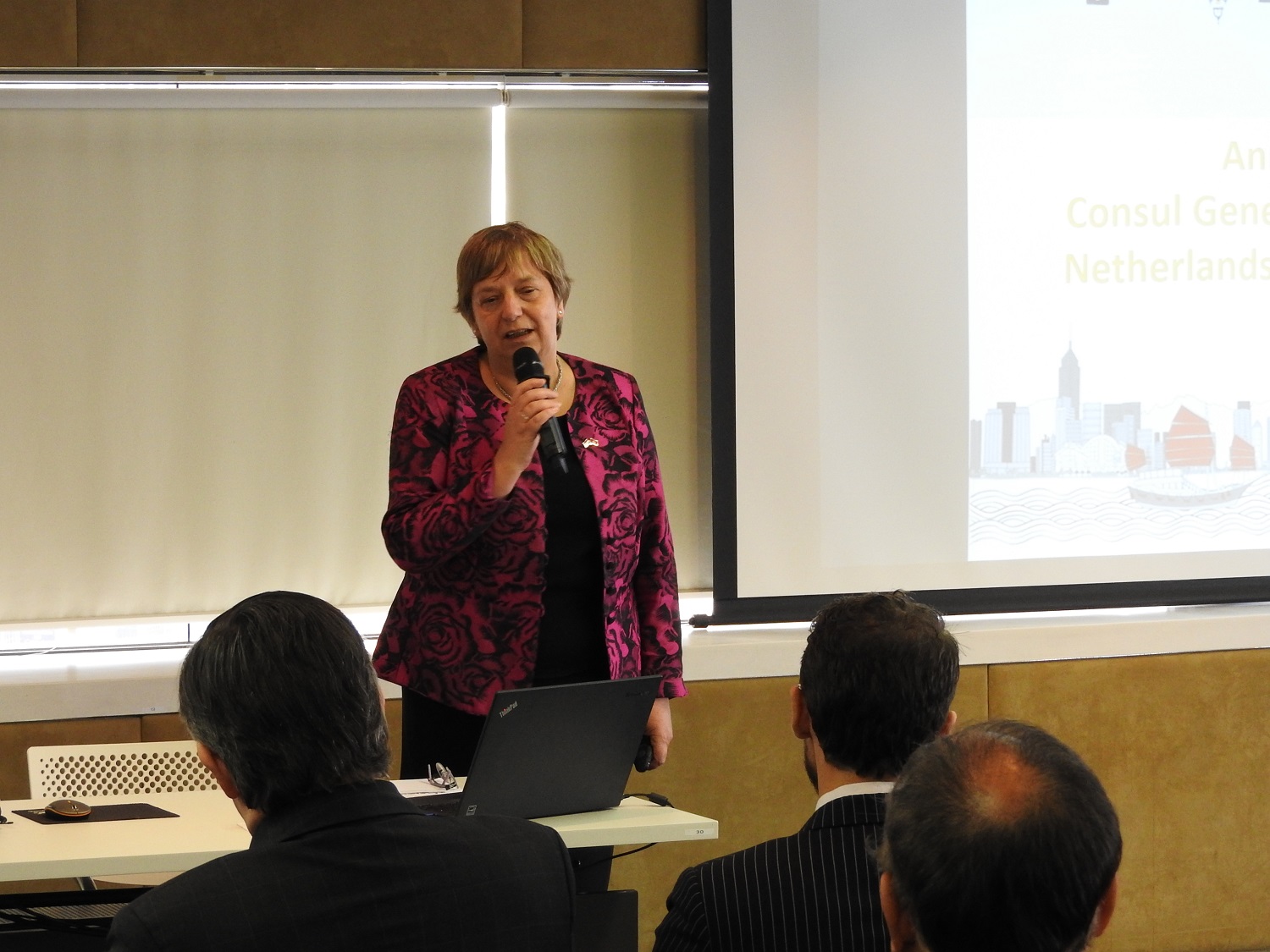