The Webinar: Turkey, Middle Corridor and the "Belt and Road", organized by the Maritime Silk Road Society (MSRS), was held on 15 January. It was an honor for MSRS to have invited Mr Peyami Kalyoncu, the Consul General of Turkey, to give a presentation on Turkey. Participants learned about the latest developments in Turkey's economy, the role of Middle Corridor in the "Belt and Road" initiative (BRI), and developmental opportunities for different people in Turkey.

In her welcoming remarks, Mrs Regina Ip, Co-Chair of MSRS, thanked Mr Peyami Kalyoncu for taking time to host the online seminar. She described Turkey as one of the most important countries along the B&R region. As part of the Middle Corridor, Turkey is one of the important components of the efforts to revive the spirit of the ancient Silk Road. Finally, she encouraged young people in Hong Kong to seize the opportunity and make use of the scholarships provided by the Turkish government to study in Turkey to broaden their horizon.

The presentation of the Consul General consisted mainly of four sections. He firstly introduced the developments in Turkey in recent years, featuring its fast growing economic development while seeking breakthrough in industrial development. The government had proposed different enterprising and humanitarian policies to facilitate people from other places with interests in living and working in Turkey. In the second part, the Consul General described that Turkey, located in the Middle Corridor and along the B&R Region, had a great advantage in trade and was able to attract investors from different countries. In the third part, the Consul General introduced the Turkish Scholarships Programme sponsored by the Turkish government with an aim to provide students who are interested in studying in Turkey  with excellent education and financial support. The programme could include 1-year Turkish language course, tuition fee, air ticket, monthly allowances, etc. Towards the end of the webinar, Mr Peyami Kalyoncu answered questions from the participants which were related to Islamic culture and religion, trade and industry, economic development, travelling in Turkey amid COVID-19, etc. 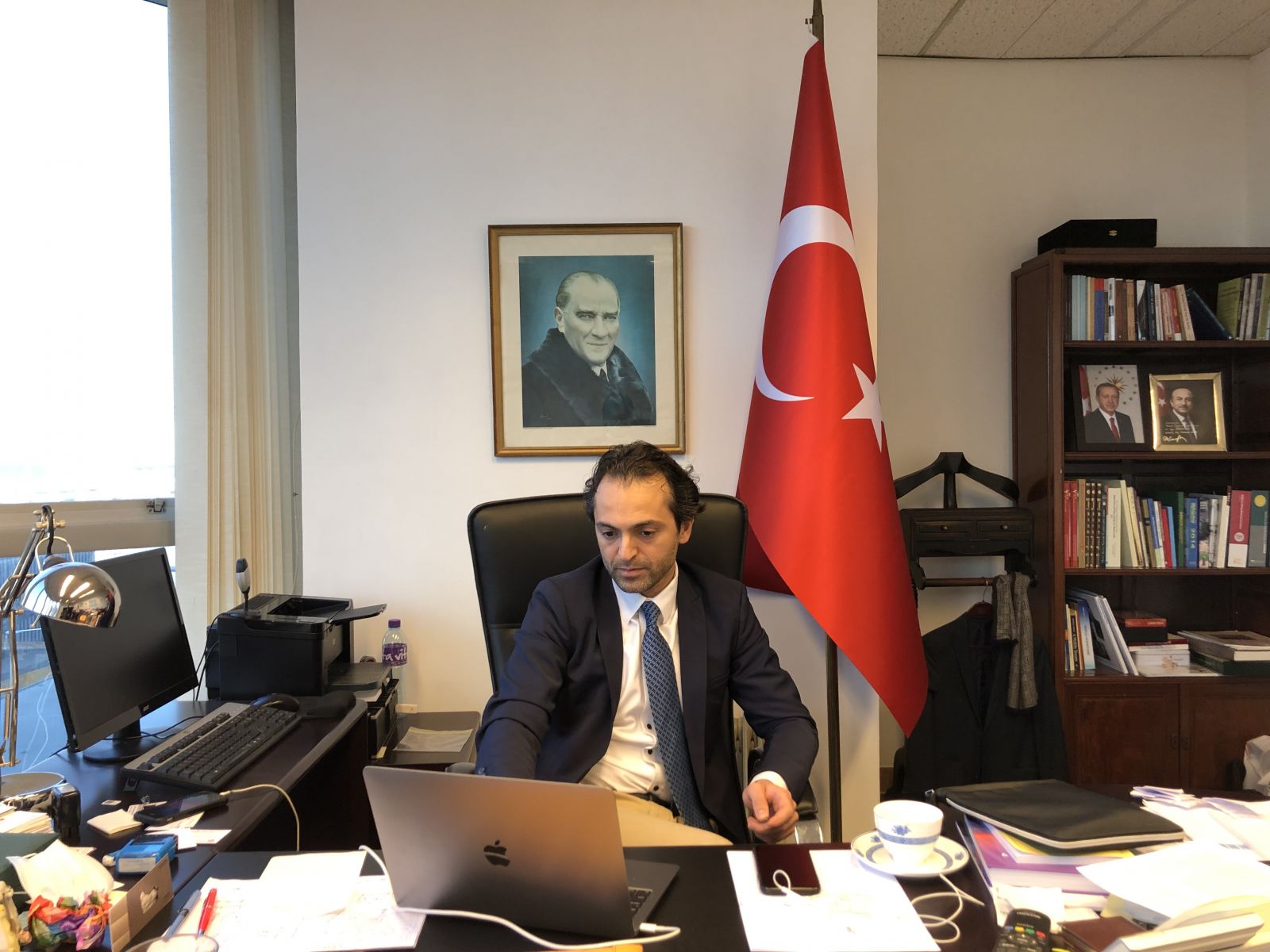 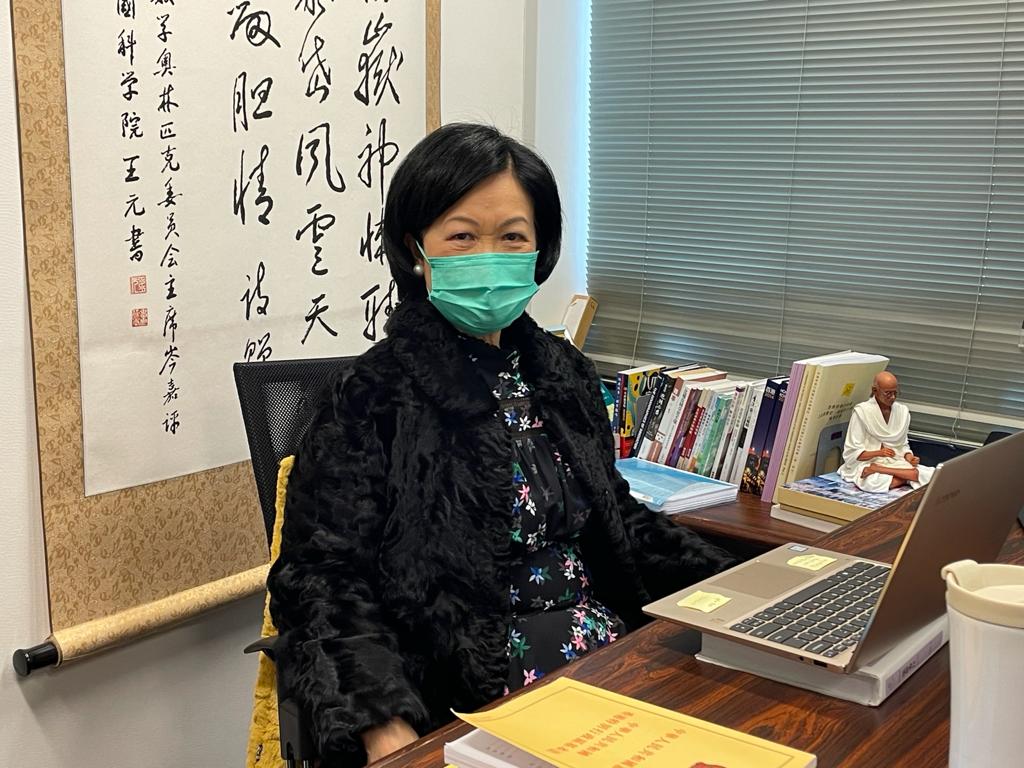 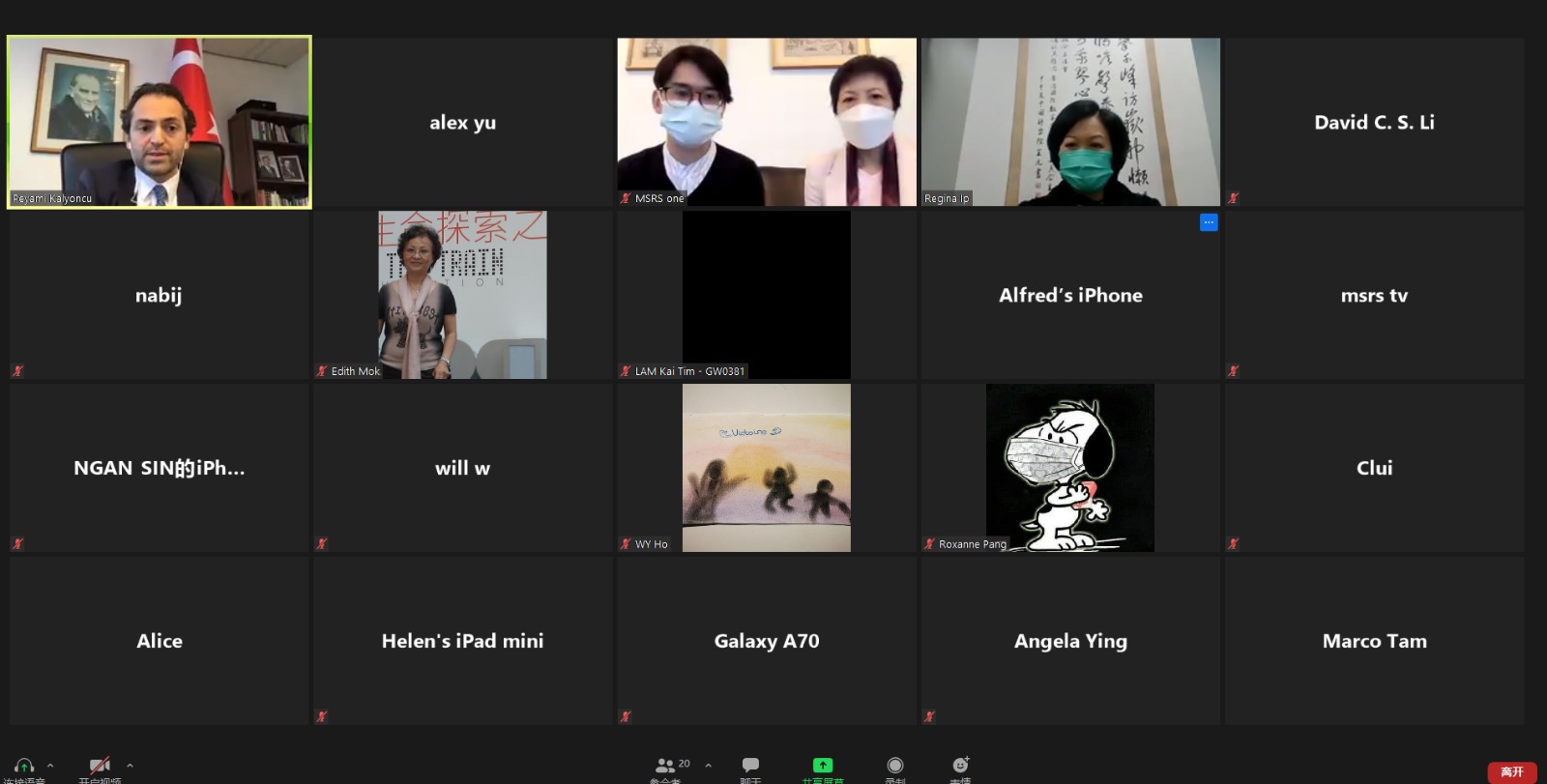 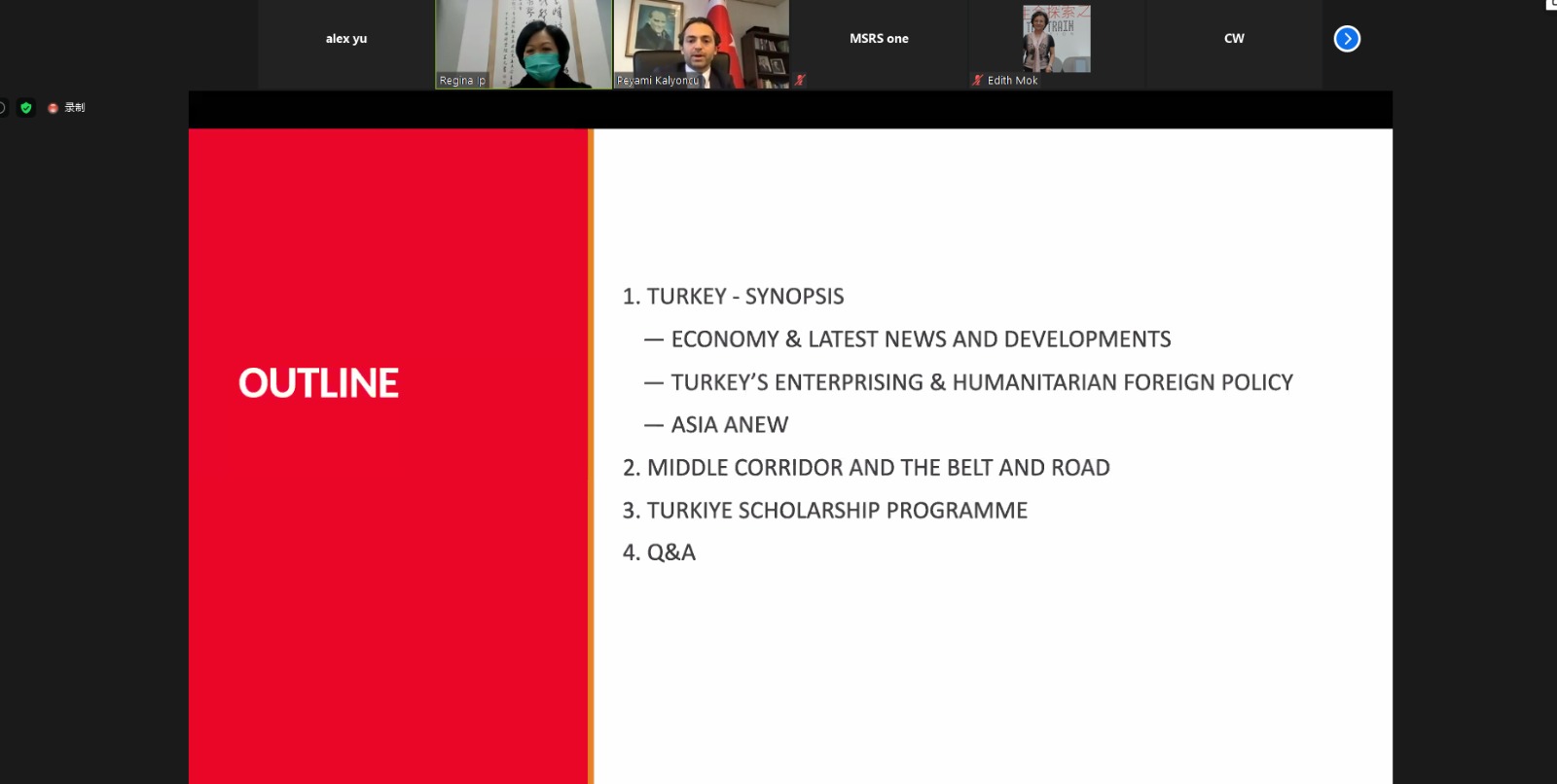 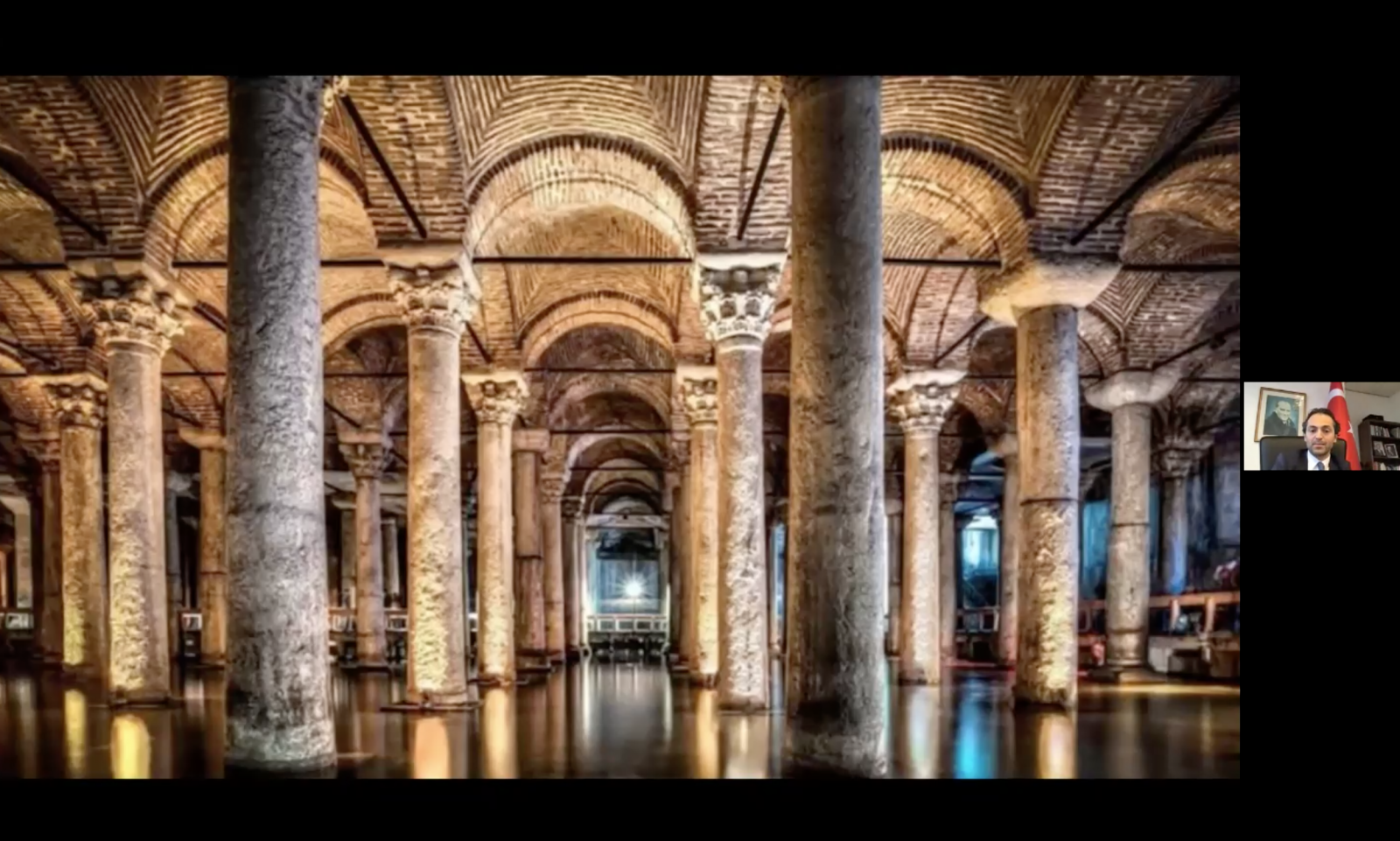 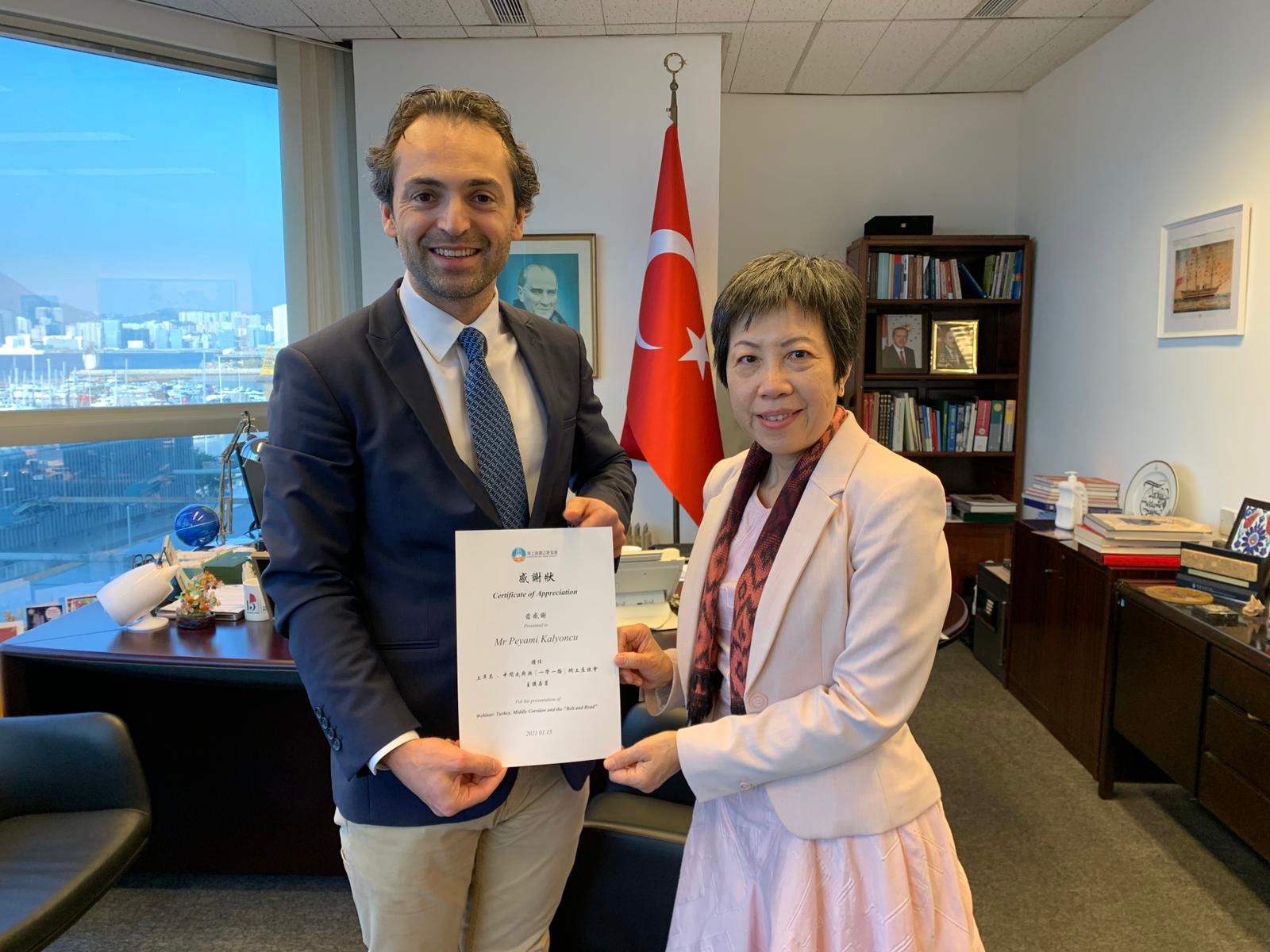 Please click here for the powerpoint of the webinar.